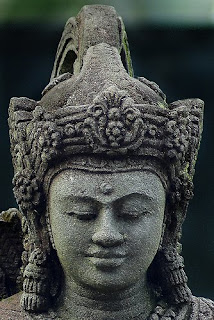 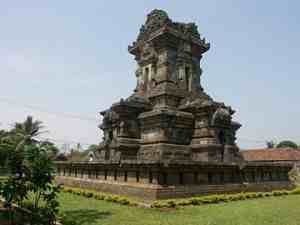 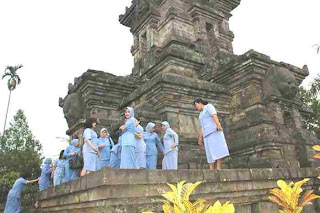 An excerpt from Pararaton which means: .... exposed calves, which is open until rahasyanya, then look kindled by Ken Angrok

Ken Angrok did not intentionally! probably all happened because of the will of the gods. When Ken Dedes young pregnant sat chatting with her husband, in the park Boboji, incidentally Ken Angrok Tumapel already working on getting a good wind, the wind's wife Akuwu penyingkap cloth, to reveal visible calf and thigh, even far into the end of the so-called Pararaton book as a "secret" Ken Dedes. Authors Pararaton book when it was certainly very appreciate Ken Dedes, so euphemistically style make the word "secret" to describe a personal statement.

Flame "secret" that's what makes Ken Ken Dedes Angrok dizzy. This young man knew what the "secret" of women, but the flame of "secret" Ken Dedes made him despondent. Ken Dedes blossoms palace Tumapel Panawijen village of origin. Perfect beauty, nothing equals the beauty of women who face the face and body of Ken Dedes, who according Pararaton semok and exciting. Ken Angrok running with tan sira wruh tingkahira ring .... fall in love is Ken Angrok, we did not know what to do.

Angrok in love and the curiosity, to ask the minister directly Gawe Loh, of Indian origin who is also his adoptive father. "Mr Dang Hyang, there was a woman kindled the secret, how do women sign? Bad or good sign? "Dang Hyang replied:" If there are such women, baby, the woman was his name nariswari. He is the ultimate woman. Though a sinner, when to marry the woman, he would become emperor. " Ken angrok stunned and then said: "Father Dang Hyang, a woman who kindled his secret was the wife of the Akuwu in Tumapel. If so Akuwu will kill and I took my wife. Of course he will die, that if Mr. Dang Hyang permit. Gawe Loh replied, "Yes, of course died, stumps Ametung yourselves. I just do not fit to give permission to you, that's not the act of a priest. The limit is your will alone. "

Angrok went to meet other adoptive father, Bango Samparan and are advised to book a dagger into Mpu Gandring the magic and can pierce through Ametung stumps. Angrok waiting, and took his order after killing Mpu kris Gandring the keris maker. Keris sakti lent to his friend, Kebo Ijo, to kill the scapegoat Akuwu. Middle of the night sleeping, killing stumps Angrok Ametung, Kebo Ijo accused because everyone thinks it belongs to Kebo Ijo kris. To eliminate the trace, Kebo Ijo Angrok Ken was killed instantly when a deep sleep after getting drunk. To revenge his love, marrying a direct Angrok Ken Dedes was pregnant. In the period of his life nd kris Angrok also a victim of the cursed by its maker's.

Ken Dedes was nariswari (main). Panawijen village girl, on the eastern slopes of the mountain Kawi, daughter of Buddhist monks, mpu Parwa, since adolescence had been destined to live and receive the gift as well as sorrow. When edited stumps Ametung, Ken Dedes actually more appropriately have been kidnapped and forcibly married from the house spoken for, and taken to her future husband. Mpu Parwa whilst he was meditating, stumps Ametung not wait for long. Ken Dedes was rushed to Tumapel diperistri without the permission in-law.

Mpu Parwa disappointed and vowed to spill, "Well I hope the son does not go away mengenyam pleasure, may he stabbed and taken his wife kris ... The son that causes excitement and glowing light, kutukku to him may he get a great salvation and happiness." True also in fact later. Ken Dedes was also a very beautiful woman who ardanariswari. Anyone who would marry a maharaja. Ken Dedes has been recorded during his lifetime nglakoni amandangi karma or behave perfect, without blemish and missteps.

In addition to the spiritual and material blessings, also escaped from their behavior lelakon bad. As a woman, Ken Dedes not fared so beautiful. Blossom bud kegadisannya the days, he snatched away the old tub and a half men Lutfiana Ulfa in the era now, the difference really in love with the Ulfa Sheikh Puji as he dreams. New body to feel comfortable changing body in two, husband and very devoted to his official said, next thing I knew was murdered the man she saw in front of his eyes, but could not anything. In the pregnancy before the birth, must be willing to marry Ken Ken Dedes Angrok as a new companion in the Hall. Pararaton mengkisahkan between angrok with Ken Ken Dedes is indeed a mate who approved the gods, and indeed has long had a crush on each other.

Ken musk that until the end of Life became empress in Singasari, also became queen mother of several sons and daughters, including a single boy, Anusapati, son of Mr. Ametung biological stumps. Because they feel treated differently by the brothers in the palace, then ask Anusapati to his mother, and Ken Dedes was forced to reveal a secret regarding the death of the old stumps Ametung. Ken Dedes was powerless against the will of gods time Mpu Gandring Anusapati ask kris. Ken Dedes just feel the curse that will happen to Ken Angrok. Ken Dedes then had to resist the sense of her femininity when Anusapati die kris also penetrated the Toh Gandring Mpu Jaya, son two stepchildren from his wife to her husband.
Prajnaparamita statue

In the recorded history of the descendants of Ken Dedes from stumps Ametung seed deep into her great-great-grandson. Also from seed Angrok Ken, Ken Dedes give their children, grandchildren and descendants. Until the descent is marked out into four, place the union between the descendants of Ken Dedes from Ken Angrok blood with blood descendant of Ken Dedes Ametung stumps. These events we know from the marriage with two daughters, Raden Wijaya Kertanegara, which was recorded as human beings are resilient and continue the great tradition of the kingdom, not in Singasari anymore but a big king in the ancient history of Indonesia .... Majapahit. There is no description of exactly when Ken and his wife stumps Ametung this Angrok closed die. Though from the womb Ken Dedes has reduced this great kings of Majapahit, Dinasty Rajasa, including Kertanegara and Hayam Wuruk.

Ken Dedes big names always appear in the interpretation of past and present society. "This temple Ken Dedes, the stone statues in museums, it was a statue of Ken Dedes," as a matter of temples, and statues in Singasari Prajnaparamita. Tampa sometimes consciously, people admire the Ken Dedes kinipun more beautiful. Some of my colleagues even compare beauty with perfection paras Manohara Ken Dedes. Women from Panawijen it is the main female and lowering the kings of East Java in the past.

Prajnaparamita statue as the culmination of masterpieces in sculpture artists Singasari era, the findings in a small temple not far from the temple Singasari-Malang, considered the embodiment of Ken Dedes! Prajnaparamita is the name of the goddess is parallel with the other gods. Namely, very pretty, is regarded as the god of science, because there diarcanya lotus vine that bears keropak or books. Ken Dedes manifestation of statues in public commentary is equated with the goddess Prajnaparamita admirers. Maybe it is fate of Ken Dedes, the community remains a good image to present. His name is revered and his form was equated with the goddess Prajnaparamita. Prajnaparamita statue was carved pemahatnya eight centuries ago, had been long abandoned, found a small temple near the temple direruntuhan Singasari, then trafficked to the Netherlands, and returned to Indonesia in 1978.
Diposting oleh Blog di 20.46 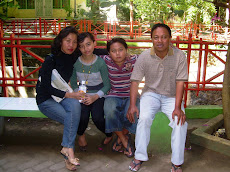 Get your own LED Scroller!